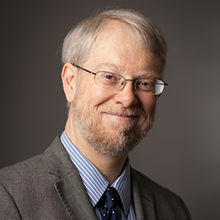 Christopher Ober is the Francis Bard Professor of Materials Engineering, and the Lester B. Knight Director of the Cornell NanoScale Facility. Chris received his B.Sc. in Honours Chemistry (Co-op) from the University of Waterloo, Ontario, Canada in 1978 and his Ph.D. in Polymer Science and Engineering from the University of Massachusetts (Amherst) in 1982. From 1982 until 1986 he was a senior member of the research staff at the Xerox Research Centre of Canada where he worked on marking materials. Ober joined Cornell University in the Department of Materials Science and Engineering in 1986. He recently served as Interim Dean of the College of Engineering. From 2008 to 2011 he was President of the IUPAC Polymer Division and he is an elected member of the IUPAC Bureau Executive, its core governing group. A Fellow of the ACS, APS and AAAS, his awards include the 2013 SPSJ International Award, 2009 Gutenberg Research Award from the University of Mainz, the 1st Annual FLEXI Award in the Education Category (for flexible electronics) awarded in 2009, a Humboldt Research Prize in 2007 and the 2006 ACS Award in Applied Polymer Science. In 2014 he was a JSPS Fellow in Tokyo, Japan and in 2015 he received the ICPST Outstanding Achievement Award. 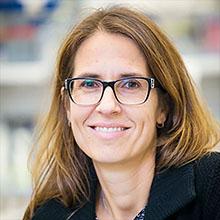 Claudia Fischbach-Teschl is the Stanley Bryer 1946 Professor of Biomedical Engineering at Cornell University and Director of Cornell’s Physical Sciences Oncology Center (PSOC) on the Physics of Cancer Metabolism. She received her Ph.D. in Pharmaceutical Technology from the University of Regensburg, Germany and conducted her postdoctoral work at Harvard University in the Division of Engineering and Applied Sciences. She became a faculty member at Cornell in 2007 where she utilizes engineering strategies including nano- and microfabrication to gain a better understanding of how tumor-microenvironment interactions regulate cancer development, progression, and therapy resistance. She is an AIMBE and BMES fellow, and also the Alexander von Humboldt Foundation in Germany. She served on the Tumor Microenvironment study section, is an Editorial Board member of the ACS journal Biomaterials Science and Engineering, a Senior Editor of Cancer Research, and chaired the 2019 Gordon Conference on the ‘Physics of Cancer’. She is an advocate for interdisciplinary cancer research and public outreach through Cornell’s PSOC and has written Op-Ed articles on this topic including in Scientific American. 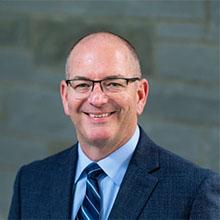 Ron Olson received a Bachelor of Science degree in Physics from Allegheny College and a Master of Science degree in Material Science and Engineering from Northeastern University. Ron has over 32+ years of progressive experience as an innovator in fab operations as well as process and device development. Prior to his current role, Ron was manager of the SiC Technology Transfer Team for GE Global Research at SUNY PEMC where he provided technical direction and facilities/operational excellence for high volume manufacturing for next generation SiC power semiconductor devices. Also at GE, Ron served as Manager of the Wide Band Gap Process Engineering Team and Micro and Nano Fab Operations where he was responsible for management of a 28,000 sq. ft. Class 100 clean room supporting a diverse range of technologies including: advanced packaging, wide band gap semiconductors, MEMS, photonics, photovoltaics and nanotechnology. Ron was a founding member and Director of Fab Operations at Xanoptix, Inc., a start-up company specializing in next generation optical connections, and he has presented and published papers related to fab operations and been awarded multiple patents. 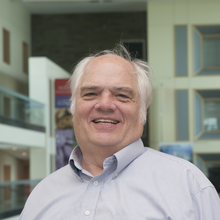 Dr. Lynn Rathbun received his B.S. in Physics from The Ohio State University in 1971. He attended graduate school at the University of Illinois where he obtained his M.S. (1973) and Ph.D. (1979) degrees in Physics, working with Prof. Gert Ehrlich on surface chemistry. He joined the “submicron facility” at Cornell University in 1979 (yes, 40 years ago !) where he has been ever since. From 2004-2015 we as Program Manager/Assistant Director of the National Nanotechnology Infrastructure Network (NNIN). He is currently the Laboratory Manager for the Cornell NanoScale Facility (since 1994). He has been active in developing a variety of education and outreach programs for CNF, NNIN, and NNCI for more than 30 years. The “radical” idea of a network REU convocation where we fly students around the country to conference of their peers was in fact his, about 25 years ago!! Likewise, the idea of an international REU program for NNIN -- and now the NNCI -- was a joint effort by him and Dr. Nancy Healy. Lynn is proud to have shepherded these ideas into successful programs.